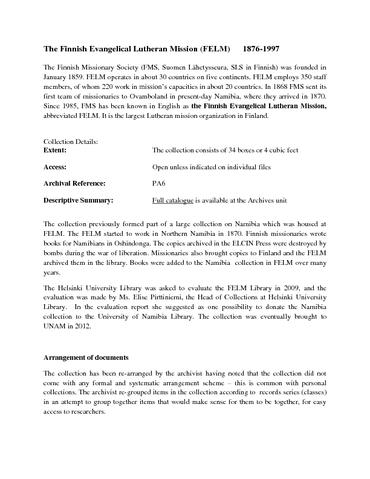 The collection has been re-arranged by the archivist having noted that the collection did not come with any formal and systematic arrangement scheme – this is common with personal collections. The archivist re-grouped items in the collection according to records series (classes) in an attempt to group together items that would make sense for them to be together, for easy access to researchers.

Open unless indicated on individual files